Audacity 2.0.2 is the latest version that has been released recently bringing more improvements and bug fixes. This powerful audio editor and recorder has known some more features and changes compared to the previous version, here are some of the notable changes in this latest stable release: 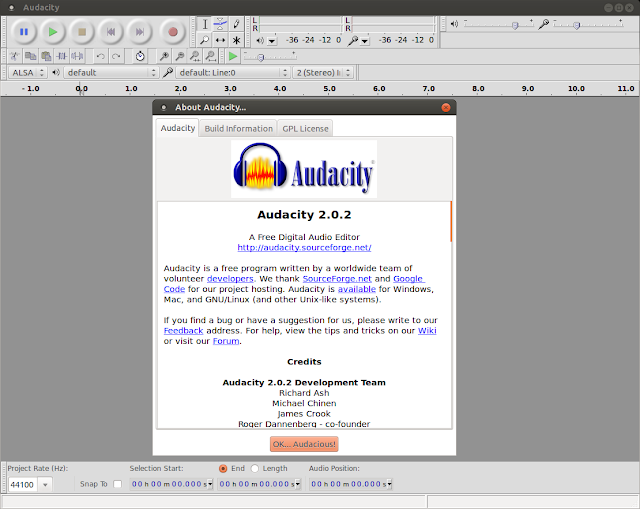 To see the full release notes of Audacity 2.0.2, you can go here.

To install Audacity 2.0.2 from PPA on Ubuntu 12.04 or Linux Mint 13, open the terminal and run these commands: