Nvidia has released a new driver for Linux that comprises a lot of bug fixes. Here are the list of bugs that have been fixed:

To update your current Nvidia driver under Ubuntu 11.04, launch the Terminal and run these commands:

You can check later your current Nvidia driver version via the NVIDIA X Server Settings window to make sure the latest driver is properly installed: 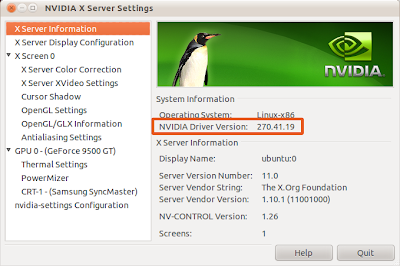